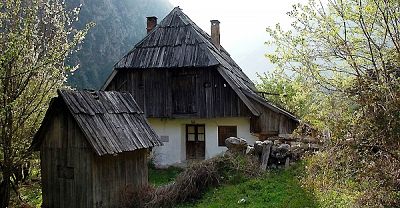 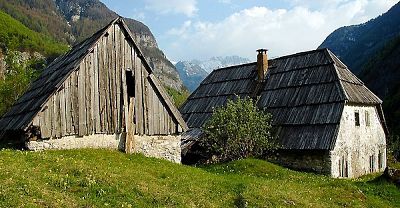 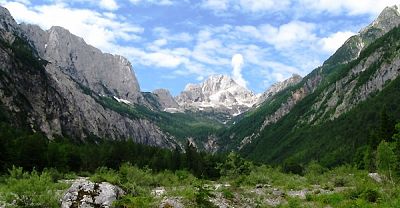 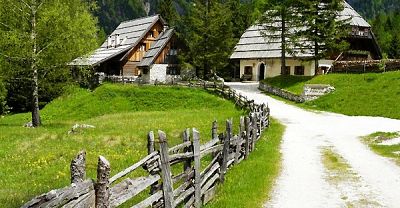 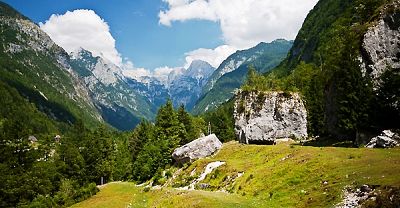 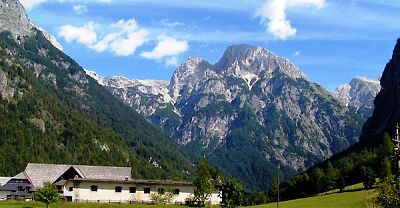 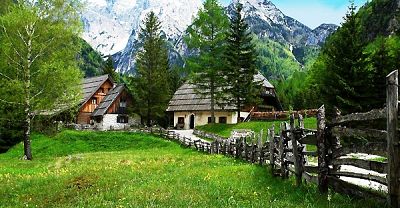 The horse-shoe shaped Trenta Valley was first mentioned in a note in the 14th century. It was mined for Iron Ore for over 200 years until the mine closed in 1778. Rising costs for digging, transport and competition bought about the halt in production, with the nearby forge closing a year later. The Trenta Valley also gives birth to Slovenia's most beautiful river; the emerald green Soča.

The valley itself is home to just three settlements, the villages of Soča (named after the river), Lepena (also named after a river flowing through the valley) and Trenta (which gave its name to the entire valley). A 20 km trail takes you from the Soča's source, along the valley to the border of the National Park and then on to Bovec.