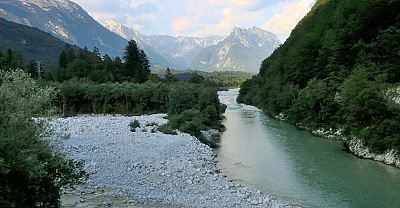 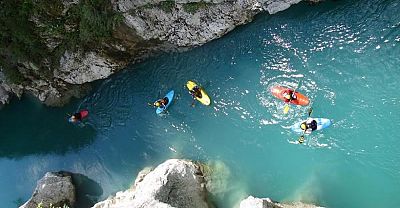 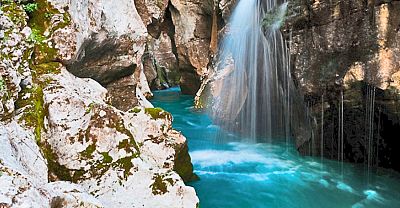 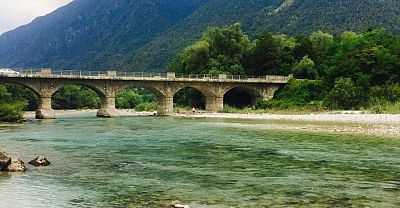 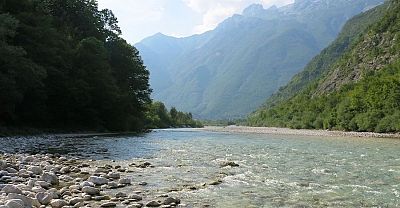 The emerald green Soča River flows some 138 km through western Slovenia and into north-eastern Italy. Marketed as the 'Emerald Beauty' it's said to be one of the rare rivers in the world that retains its stunning colour throughout its entire length. The river has been the inspiration to several poets; its magic and charm not lost on any that visit whatever the time of the year.

An alpine river in character its source lies in the Julian Alps in the Trenta Valley. The Soča plays home to the 'Marble Trout', which are unique to the river. The trout are now endangered following the introduction of other non-indigenous species sometime between the first and second world war. It's also home to several leisure and adrenalin based sports and considered to be the best rafting river in Slovenia.