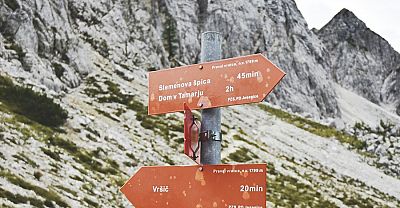 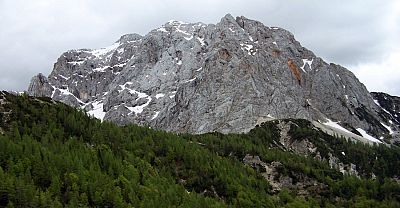 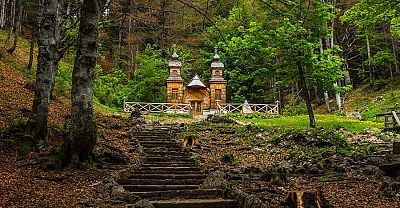 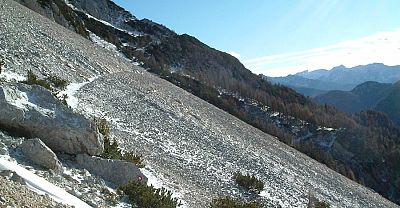 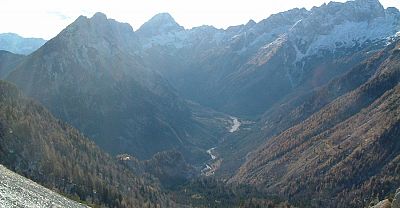 Vršič Pass; the saddle between Mojstrovka and Prisank Massif joins the townships of Trenta and Kranjska Gora. With some 50 curves in the road, it's a welcome relief to take a break at the top and be in awe of the astounding mountain views awaiting you. Numerous walking trails begin their journey from this point, taking you to the surrounding mountains and on to even more breathtaking views. For those more adventurous there are several vertical climbs up nearby and surrounding mountains.

As the highest pass in Slovenia, it was built by Russian POW's for military purposes and first opened in 1915. A small Russian Orthodox Chapel also built by the POW's commemorates their comrades who died during the construction of the mountain crossing. Given its alitutude it is closed during much of the winter due to heavy snowfall.