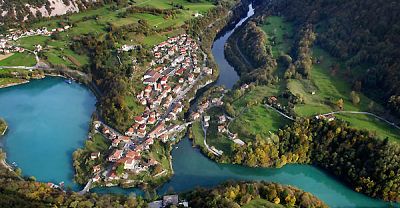 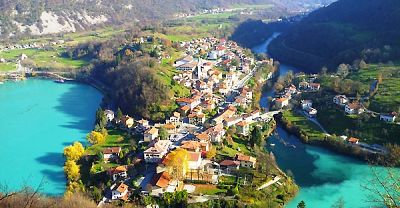 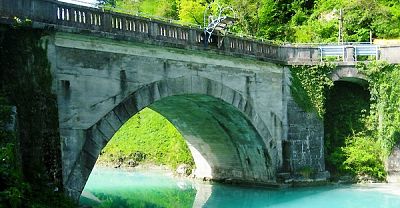 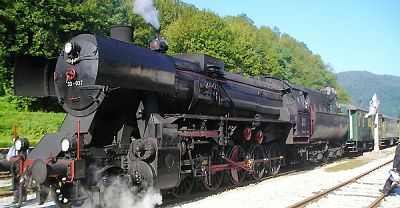 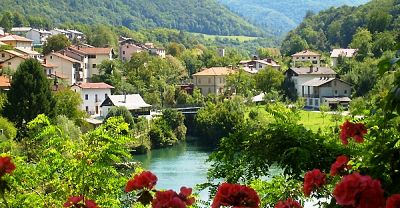 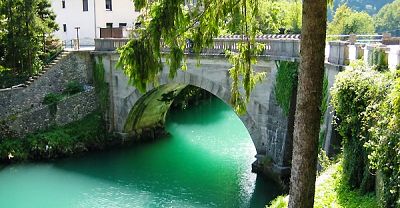 Located on a rocky crest above the confluence of Soča and Idrijca rivers Most na Soči was given its current name in 1955; originally called “Sveta Lucija ob Soči”. An artificial lake, the same colour of the Soča River is one of its principal features, along with the restored and protected remains of a Roman House. It has been ranked among one of the most important prehistoric settlements in Europe following the discovery of more than 7,000 grave sites. These finds date back to between the late Bronze Age and the Roman period.