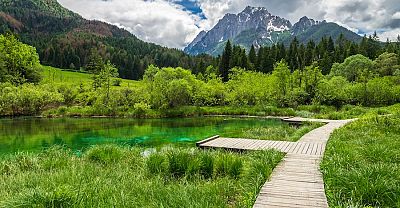 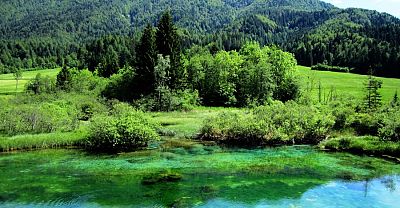 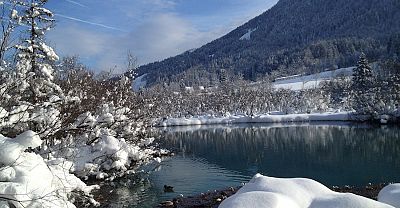 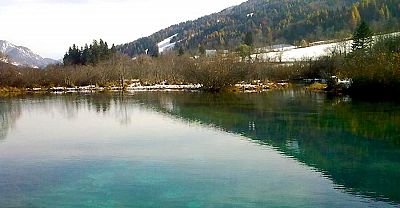 Zelenci, considered as being the source of the Sava Dolinka River was declared a nature reserve in 1992. It encompasses not only the emerald green lake, after which it was named, but also its surrounds, to make up a total area of 47 ha. Re-emerging water from an underground stream originating in the Planica Valley forms a 2 m deep lake. The porous chalk bottom of the lake permits a constant up-welling of groundwater in tiny jets, an occurence unique in Slovenia.

The lake has a year round temperature of 5 - 6 degree celcius. Water from the lake flows into a stream emptying eastward into a 200 m wide shallow marshland. The area is home to numerous endangered animal and plant species.