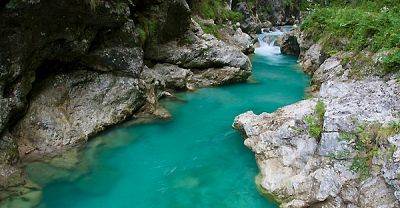 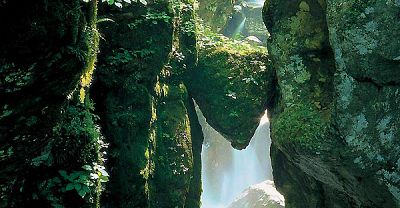 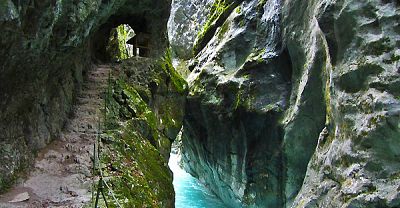 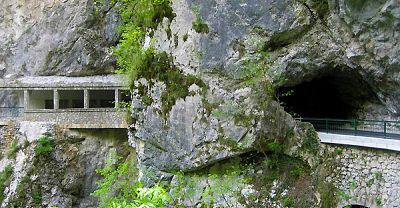 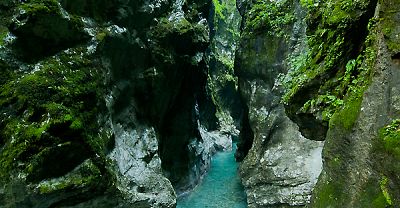 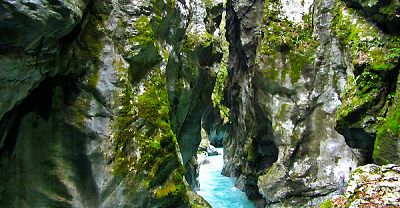 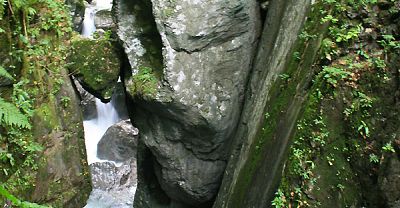 As the lowest and southern most entry point into Triglav National Park, the Tolmin Gorges are Tolmin's most important natural feature.

Combining a number of unique attributes including the Bears Head; a natural bridge created by a fallen rock that got stuck between the walls of the gorge. Moisture rich air has since created an excess of moss that cover the rock providing the illusion of a bears head. A thermal spring is given rise in a small cave under another of the sites, the Devil's Bridge. Here surface water penetrates the ground to be heated by geothermal activity and reappears through cracks and crevasses. The Devil's Bridge originally made from wood was first commissioned in 1907 and has since been replaced by the steel structure still used today.