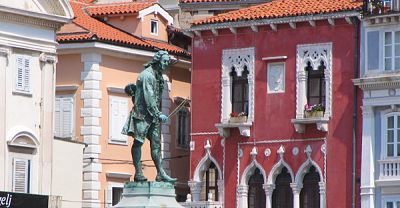 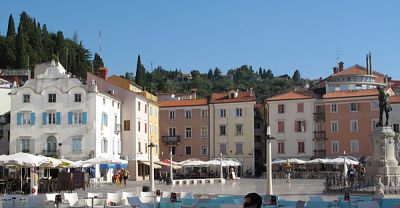 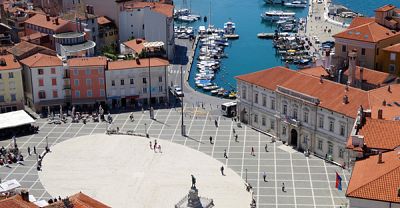 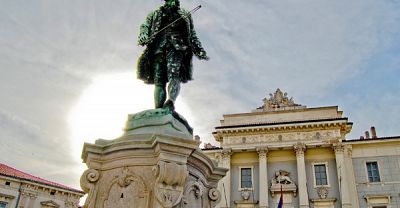 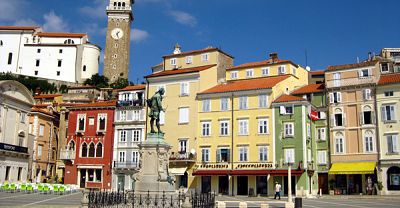 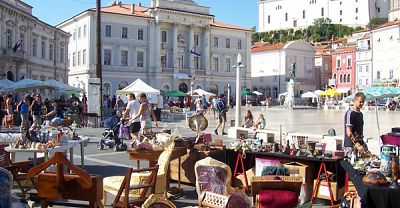 Named after composer and violinist Giuseppe Tartini, Tartini Square is Piran's largest and main town square. Once an inner dock for smaller fishing boats, it was located outside the city walls. During the middle ages the dock became surrounded by buildings and palaces and as a result became an important part of the town.

Due to sewerage which ended up in the dock, it was decided to bury the dock and create a square in its place in 1894. Once the platform was completed new buildings sprang up; only one of these retains its original exterior.

During the years 1909 - 1912 an electric trolleybus ran between Piran and Lucija, the roundabout tracks of which were laid in Tartini Sqaure. That was replaced by a tram which operated until 1953. Nowadays you can get the impression of what the roundabout may have been like, from the shape of the white marble pavement now occupying that space.