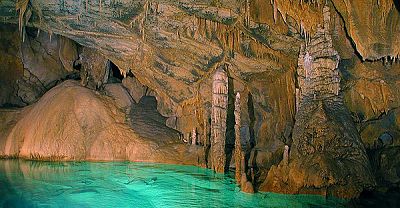 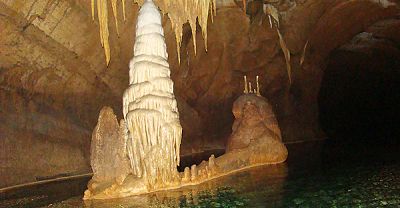 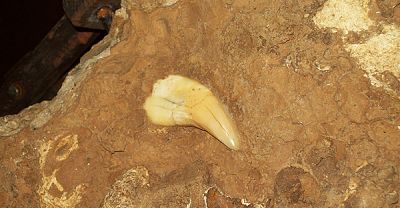 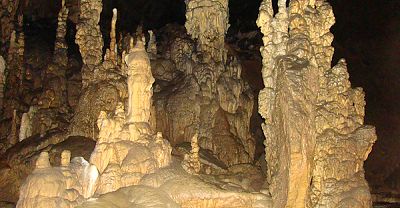 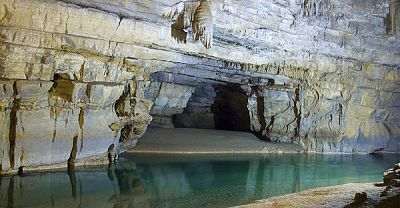 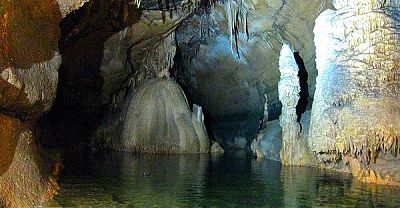 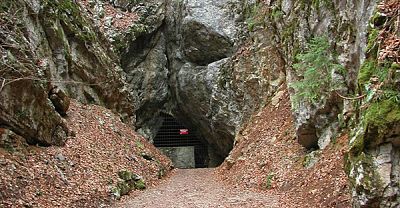 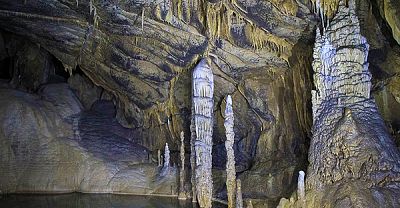 Named after the nearby Holy Cross church in Podlož, Križna Jama or Cross Cave is noted for its chain of 50 subterranean emerald green lakes. It is the worlds 4th largest cave ecosystem by biodiversity, with 45 species of organisms having been discovered. The site is also rich with the bones of the extinct cave bear, some 2000 + bones have been found here.

The actual length of the cave system is still to be determined, though it is the longest cave, with lakes, in the world. It was first documented in 1832, however the part that includes the lakes and stream passages was first explored in 1926 by Slovene cavers. The cave remains at a constant 8 celsius year round. Moving across the surface of the lakes by boat, it's hard not to be in awe as you pass by staligmites rising up through the water.