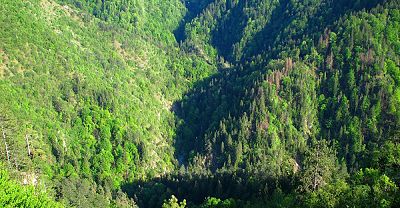 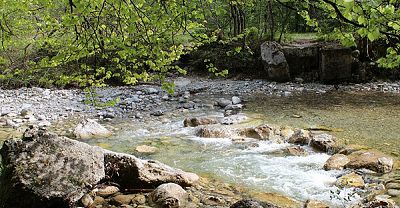 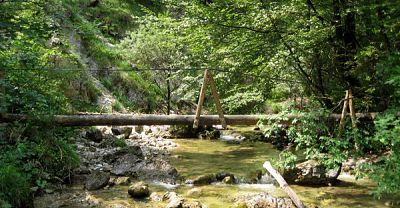 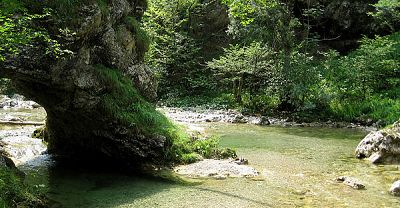 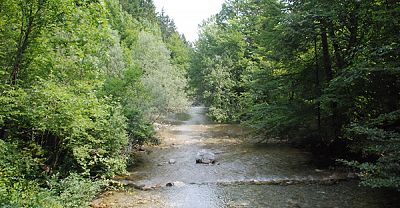 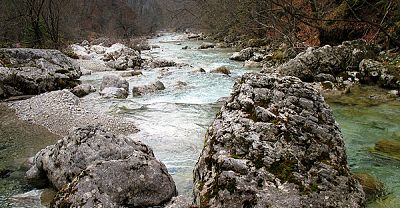 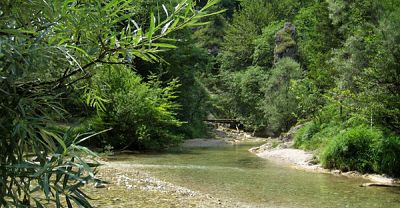 Separating Inner and Lower Carniola the Iška Gorge is a striking gorge carved deeply into the limestone dolomite plateau by the Iška River; a section between Iška Vas and Strahomer disappeared underground during floods on 20th September 2010.

Numerous rapids, waterfalls, pools, animals and indigenous vegetation can be found along the length of the gorge. Trees with roots clinging to the steep walls of the gorge, sedge, rhododendron, violet, primrose, and spring snowflake are some of the alpine plants that add to the gorge's picturesque appearance.

There are also a number of trails run through the gorge, including one toward the WW2 Partisan Hospital, about an hours walk and well worth a visit.