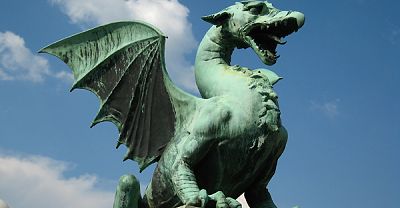 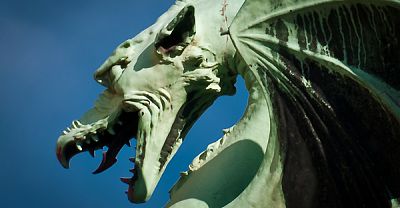 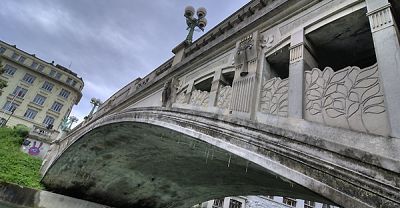 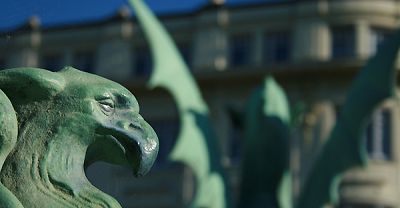 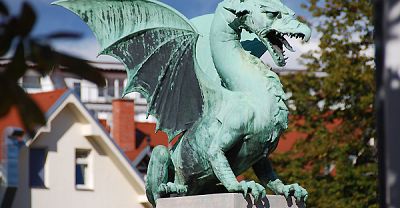 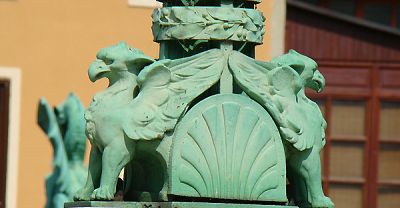 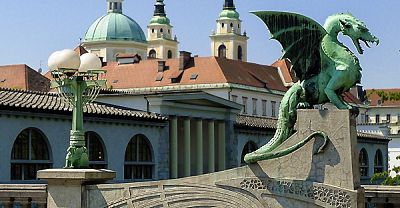 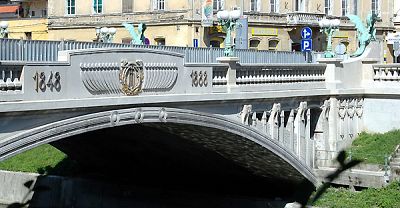 Originally named 'The Jubliee Bridge of the Emporer Franz Josef I', to commemorate his forty year rule. It was not renamed 'Dragon Bridge' until July 1919. Replacing and older oak bridge, the bridge was part of a larger urban renovation plan by then mayor, Ivan Hribar.

Legend suggests that Jason was the founder of Ljubljana and that he and his Argonauts killed a dragon. Local legend accords, that when a virgin crosses the bridge, the dragons wag their tails.