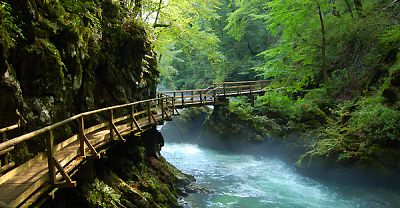 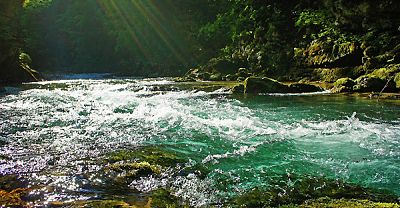 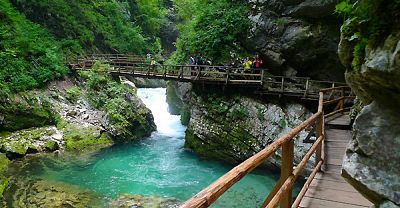 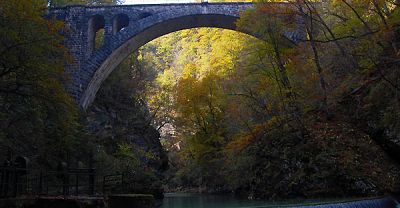 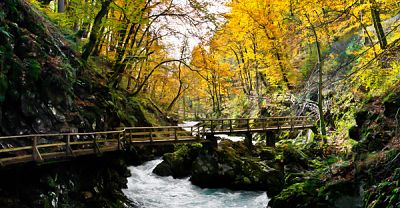 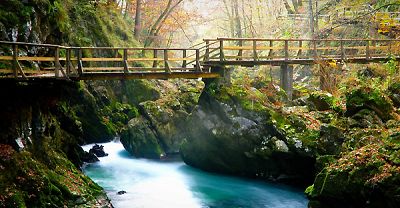 Vintgar Gorge opens for visitors from the beginning of April until early November and is one of Slovenia's most popular natural formations. It has been attracting visitors for over 100 years. First discovered in 1891, it wasn't opened to the public until 1893.

A walkway has been created to trace 1,600 m of the Radovna River as it crashes its way through the narrow chasm. Ending at the 26 m Šum waterfall, the walkway criss-crosses the river giving incredible views, of not only the water, but also of the gorge as it rises above you on either side. Construction of the walkway was an arduous and often extremely dangerous task. A truly remarkable natural formation; the gorge leaves visitors in awe of its rugged beauty; etched by the forces of water and time.