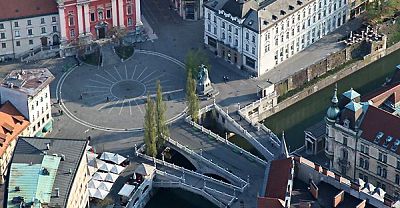 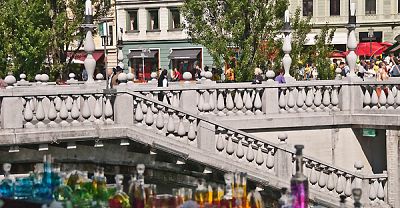 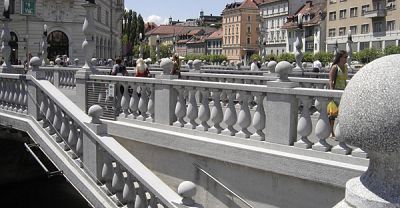 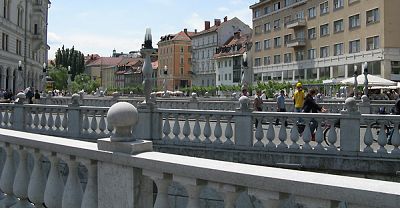 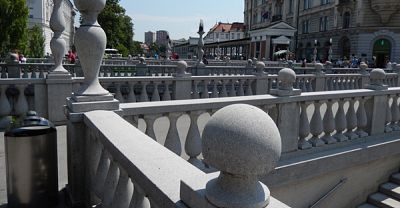 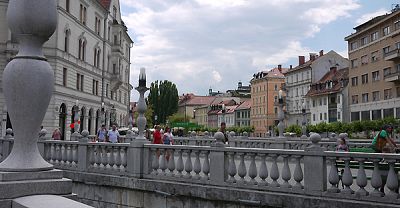 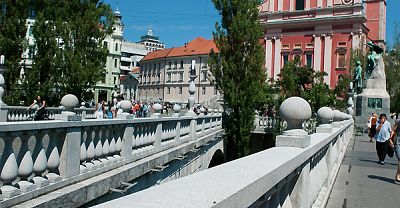 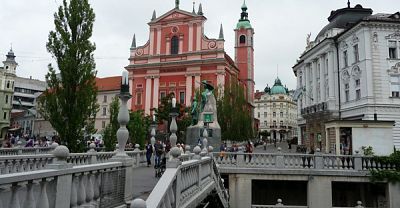 The central bridge of the Three Bridges or 'Tromostovje' has connected both sides of the Ljubljanica river since 1842, having itself replaced an old medieval wooden bridge, which linked Central Europe and the Balkans.

In order to prevent it being a bottleneck, extensions where designed in 1929 by architect Jože Plečnik to run either side of the main bridge. Construction of the extensions began in 1931 and were completed and opened in 1932. Metal railings were removed from the central bridge and all three bridges were furnished with stone balustrades, some 642 in total.

Stairways from each of the side bridges lead to toilets and terraces below. The bridges were renovated in 1992. Vehicle traffic across the bridge stopped in 2007 when the area became pedestrian only; the asphalt surface being replaced by granite blocks.