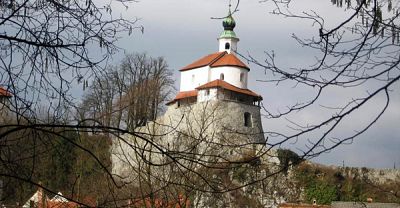 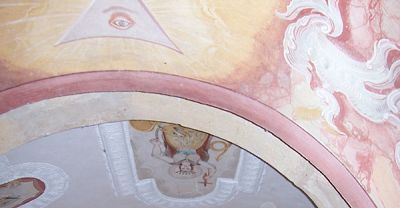 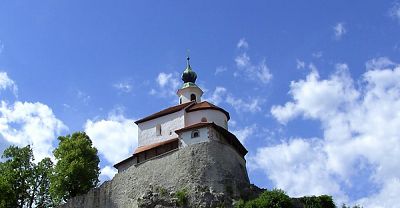 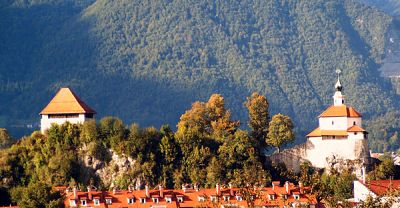 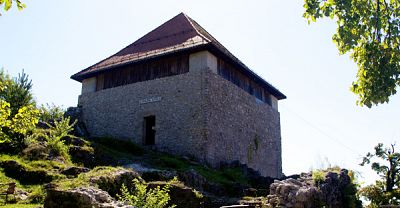 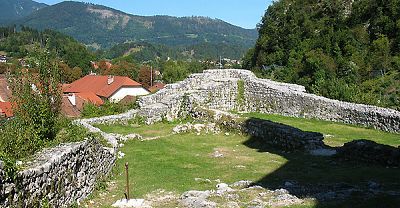 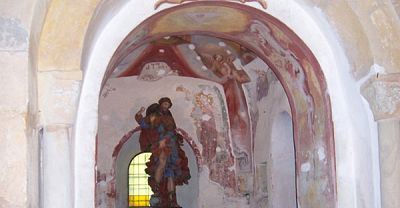 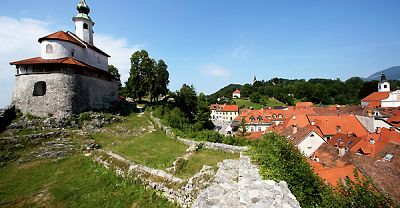 Mali Grad 'Little Castle' was once part of a castle built in a strategic position. The castle was first mentioned in 1202, but its origins are older. The castle burned at the end of the 13th century, the northeastern part was demolished and never rebuilt. An eartquake in 1511 lead to the castle being torn down during the 16th century, leaving the ruins as seen today. All that was left after the earthquake was the three story Romanesque chapel from between the 11th and 15th centuries. The chapel is one of the oldest of its kind in Europe and features a wooden ceiling and remarkable fresco paintings. Recent renovations can be seen on the defensive tower. There is an interesting legend about one of the castles previous occupants, Countess Veronika.