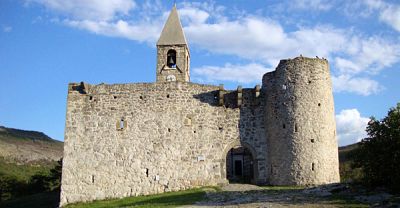 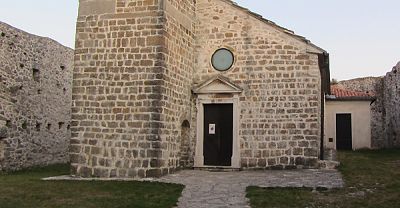 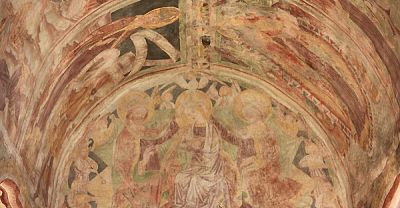 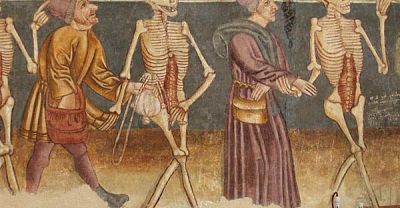 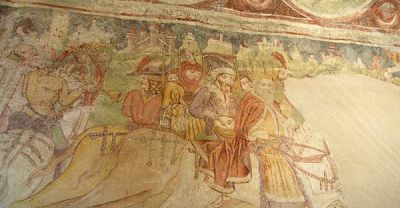 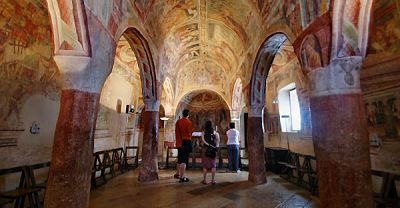 There is division as to the actual origins of the Holy Trinity Church in Hrastovlje. The first suggestion places it as having been built in the 12th century in Romanesque style, whilst the second suggests Early Venetian Renaissance from the 15th century. Either way, no one can deny its existence and charm.

Placed within defensive walls, said to have been contructed by locals to repel Turkish attacks of the 16th century, this tiny church ranks at the very top of Slovenia's medieval mural artwork. Uncovered in 1949, hidden behind layers of thick plaster, the frescoes were painted by Johannes de Castua, who finished his work on 13 July 1490. The most famous of these frescoes is a Dance of Death or 'Danse Macabre'.